Posted at 13:22h in The Others Journal by @TheOthers

LB: Can you tell me about the future projects of the space that you follow and how they are born in relation to their possibility of production and realization?
MB: I am a board member of the Kunstverein in Amsterdam; therefore that is the space I follow most. I sometimes make suggestions for the program but in principle the director is free in his/her choices. There is of course an underlying principle for the whole existence of Kunstverein; it is based on memberships with the goal to produce a challenging program one doesn’t see in other venues. There is a relationship with other Kunstvereins, for example Milano.

LB: Can you explain better how the Kunstverein model was born and how it works historically? What has changed in the ways of the Kunstverein with which you collaborate today and what has remained identical?
MB: No, it is of no interest to me. It is an existing useful model one can work with and one has to develop his/her own ideas.

LB: Can you tell me about two exhibitions: one that for you in the Kunstverein in recent years has perfectly represented and fulfilled its philosophy of alternative space, and an exhibition that was a failure from that point of view and that you would like to see it made in another way?
MB: The last exhibition on the work of Hansjörg Mayer is a good example. Also because it was a co-operation with three other venues but the Kunstverein initiated it. Mayer is a person who does typographic experiments, concrete poetry (in 70s) and a publisher (for example dieter rot) He is one of these people who make things happen. I prefer not to think about failures, only in a way that one can learn from them. For the Amsterdam Kunstverein maybe a problem is that the connection to a larger public is minimal. Mostly Rietveld-students and their peers come. Older people are barely aware of its existence; this is not because of the program but because of the ambience.

LB: How much does the economy or the art system influence a curatorial project? or should it necessarily be influenced and started from this influence?
MB: Ideally economics should not have influence but that is utopia. The solution is to find a position in between, being aware of economics, the needs of the artist and public.

LB: Thinking about your long career as a curator I’d like to know what are non-profit spaces or alternative institutions to the official ones for you. Or why do you think they were born in the sixties?
MB: One has to work with the means available. I would for example like to make an exhibition of say Ad Reinhardt but for a small instituion like the Kunstverein that is not possible but also not what one should focus on. Well researched small projects, not being, mainstream are more interesting. A lot of alternative spaces were born as a reaction to the more institutionalized museums, Kunsthalles etc. I am not aware that in the Netherlands these alternative space came into existence in the sixties. It was later I think. Sometimes they were ‘artist’ run or a reaction to the more ‘conservative’ program of museums. Being smaller and not based on public money gave more possibilities, not necessarily better. The moment the founder of such a space disappears the space should be closed. A example in The Netherlands is De Appel in Amsterdam. Wies Smals, the founder, concentrated with much success on performance art. When she died and Saskia Bos took over the program changed completely and became a sort of competition with museum shows. Of course Bos had to create her own program but it took away the reason to exist for De Appel. Now it is a marginal institute, which mainly seems to focus on curatorial education. However, it has its own public.

LB: Today the art system has changed radically in a financial economy and in a global culture. Why do we still need non-profit spaces or alternative institutions to the official ones?
MB: Because the ‘official’ institutes have blossomed so much and become quite large, forced by politics to focus on blockbusters, it is impossible to react fast or to signal new developments immediately. Big institutions have to respond to all kind of rules concerning climate, insurance, surveillance, etc.; alternative spaces sometimes can find easier solutions for these requirements. It also means they are limited in the kind of shows they can make. A good example is the exhibition on the work of Hansjörg Mayer which is on now in Amsterdam in three alternatives spaces: Kunstverein, Boekie Woekie and Eenwerk. Mayer had a show in the Gemeentemuseum (now Kunstmuseum) in The Hague in the sixties. He donated some works to the museum which have only once or twice been shown since the sixties. However it was impossible to obtain loans for all different kind of administrative reasons. So the Kunstmuseum The Hague has lost part of its function. The main goal seems to keep the art in storage.

LB: Since the 2000s, the attention paid to the practices of the sixties, before being welcomed by the curators or the public, has been taken as a challenge by artists of the new generation. I am thinking, for example, of Jonathan Monk but also of many other artists. Why do you think the new generation gives such an attention to conceptual practices and the recent past?
MB:I completely disagree; museums already for a long time paid attention to the sixties. That there now is a whole generation of artists basing their work on earlier work only shows how good the artists in the sixties and before were.

LB: With respect to the issue of storing memory and sharing it, we are faced with a great responsibility. In your case, for example, you found responsibility, in addition to your own projects, in the material related to Seth Siegelaub who was a pioneer in conceptual research, reflecting on the model of exhibitions and on the relationship with the public. How do you compare with this material?
MB: I don’t compare.

LB: Taking up the discourse on the freedom allowed by non-profit or unofficial spaces I would like to face another discourse. How much have these spaces allowed to reflect on the gender difference? How much more is needed to achieve gender equality?
MB: I don’t think it has to do with the space but with the program and in that respect it is not just the small venues which are thinking about it. The bigger ones are also involved, maybe their means are different but not the issues. In earlier times there were more male artists, this is no longer the case. The programs should reflect that.

LB: Can you show me examples of artistic paths that in your opinion have allowed an evolution of gender discourse in the cultural debate? Which artists come to your mind?
MB: There are many important female artists and they all have added something. At the moment in the general discourse men have a much more difficult position esp. when they are Caucasian and heterosexual.

LB: Does digitalization play a role in knowing works?
MB: Digital art adds many possibilities and has its own values. Problem is that many young artists think they know certain works because they saw them on internet. This is not knowing but just having seen an image without the mental values.

LB: Talking about the attempt to get out of a colonial model of culture, activated by the seventies, can you talk to me about exhibitions or artists that contributed to this debate and its evolution?
MB: No. It is an endless list because i do not know any artist who has not thought about these issues and every period concentrates on its own handling of these issues. Now it is all non-European and we have to look at a lot of uninteresting art because it is made outside Europe. In the long term of course all this art will become more interesting and thought through.

LB: I still have two questions … plus two curiosities. One is if you want to think about which exhibition has struck you most for the concept … and why
MB: Seth Siegelaub: Beyond conceptual art. Because of content and display. It deals with every aspect of Siegelaub’s interests and makes the connection between the various chapters. It shows how unlimited he was in every aspect. One can find a lot on the internet so I don’t have to repeat it here. This answers the next question too.

LB: Can there be a positive side to living in a time of digital archives? or does all this knowledge keep you going? How to act? Which is an exhibition or an artist who has addressed this theme?
MB: Arcihves are very important, being digital or not. I don’t agree that because of digitalization one does not have to look at the past. On the contrary, there is a lot to be learned from looking at what was before us. Even if an art center has no physical collection, it is important to be aware of what happened in the past, the present and to look at the future in order to shape this future. 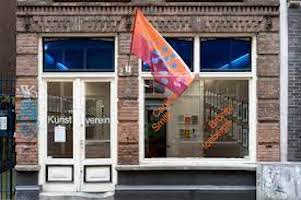