Posted at 17:17h in The Others Journal by @TheOthers

This article encompasses Istanbul – based initiatives, artist – run and nonprofit entities with a  fixed location . Still, it is an incomplete list and needs to be improved.

During the last years of the 1990s and the first decade of the 2000s, the Istanbul art scene prospered with the opening of new galleries, which supported young and non-established  artists, and corporations and banks sponsoring institutions and artist-run spaces and initiatives. The period culminated in 2010, when Istanbul was the Cultural Capital of Europe,  and European funds were flowing. A multitude of initiatives sprang up during these years in Istanbul, the most important of which are listed below. Hafriyat, which started as an artists’ collective, later transformed into a space where exhibitions were organized from 1996 to 2009; Apartment Project was set up to provide artists with an opportunity for interdisciplinary

collaboration and has been hosting its own exhibitions since 1999, while shifting the space from Istanbul to Berlin; BAS, has existed as a space for publishing and exhibiting artists’ books, from 2006 to date; IMC5533 is an artist-initiative independent space, which has been experimenting with independent curatorial projects since 2007; PIST began life in 2006 as an interdisciplinary project for artist collectives with a residency program and remains active today; and Masa Project has been exhibiting artworks on a table placed in different venues within the city from 2007 to date. While also filling various gaps in the local art scene, the key feature of these initiatives has been their sustainability.

Over the last decade, however, the dynamism of the early 2000s has evaporated for a variety of reasons, the most prominent being political and economic turmoil, which has hit the art scene hard. An ongoing economic crisis, especially the devaluation of the Turkish currency, the social unrest articulated in the 2013 Gezi Park protests, the coup d’état of 2016 and the state of emergency that followed until 2018 have all played a part in disrupting international collaborations and the availability of international funding. As a result, many galleries have  shut down, sales have dropped, and surviving institutions have tended to shift their focus towards supporting and exhibiting established artists. With resources shrinking, many artists have migrated to the West.

On the other hand, the expansion of art and art management programs, especially in Istanbul, has doubled or tripled the number of graduate artists and art professionals wanting to produce and show their work, and eager for visibility. In this context, initiatives become pertinent places for these artists to gather and contemplate ideas and practices together while showing their work. (This need is one of the main reasons for the rise in independent spaces.)

Nonetheless, there are variety of other factors behind the growth of initiatives and non-profit spaces in Istanbul within the last ten years. Some correspond to a specific need or situation in the local context, some are born from a certain sense of defiance, others with a certain belief that they can survive and thrive no matter what. The precarious political/economic situation and widespread feeling of entrapment also have a positive effect in driving artists to unite and form collectives. Young artists who cannot find spaces to show their work have either come together based on friendships (this aspect is the starting point of most initiatives) and opened up artist-run spaces to show their work or allocated a space within their studios to show their and/or other artists’ work. Mostly, such initiatives are formed in response to an economic or political situation and the rise of institutions run by corporations and/or families. In most cases, they start with high levels of flexibility and no hierarchy, but sustainability is hard with a very limited source of funding. Still, sustainability is not a priority so their life span tends to vary. With time and an increased degree of administration, they either collapse or transform into a different entity.

While most initiatives are made up of artists, since 2010 in particular, the involvement of other art professionals has increasingly become a feature. Although they don’t usually have specifically defined roles, art and culture managers mostly take on responsibility for funding applications, communication and management of the space, while artists deal with the creative and production aspects of the program. Finance tends to be a big problem in most cases. While some initiatives apply for international funds and grants, most are self-financed, and some do a very few sales. The experimental nature of the situation teaches them along the way and mostly the location of the space provides direction in terms of programming. Programming also depends on the practices of the artists who initiated the project. And  through the act of collaboration, different ideas and experiences are generated.

However, in discussing initiatives, it is important to note that there is no universally agreed meaning of the term “initiative”; the definition varies from initiative to initiative. In terms of economic support, it is essential that the funding comes from different and irregular sources, so that there is no particular corporation or entity backing the initiative. An initiative can choose to have its own space or to be nomadic, both of which come with advantages and disadvantages. They are mostly defined by being modest in size, flexible, experimental and independent. Then again, what does it mean to be an independent space? Independent of what? Independent of whom? How do you draw the line? Does being independent mean not selling? What about the spaces that sell purely to survive? What are the criteria of independence? Can it be defined by eschewing the zeitgeist and formulating a distinctive, individual agenda? Can it be defined by being financially autonomous, in other words not accepting regular payment from specific corporations and/or individuals?

Whichever way “initiative” is defined, the fundamental questions remain the same:  What kind of production takes place within the initiatives? Do they correspond to the needs of the artists and the public? What is the target audience? Do they have contact with each other and with other institutions? Do they support each other? Or does each have a distinct set of followers and continue to do so? It is vital to reflect and contemplate on these open-ended questions to gain an understanding of the alternative art scene in Istanbul or elsewhere, for that matter.

Arthereistanbul is an artist-run space, which organizes exhibitions, performances, and concerts together with an art-in-residency program. It aims to find opportunities for artists, particularly artists forced to flee conflict zones (specifically Syria), and to help break down cultural boundaries through art. It also runs a café, which functions as a meeting point.

AMBER PLATFORM: (2007-     ) Kadikoy, Istanbul Amber Platform is an Istanbul-based initiative that aims to explore artistic forms of expression at the conjunction of the human body and the digital process. It seeks to create an international discussion and production platform in its locale on the coexistence of art and technology. Amber Platform organizes the “Amber Art and Technology Festival and Conference” annually to create a platform for exchange, collaboration and discussion. It also produces international artistic research projects.

AVTO: (2017-        ) Kurucesme, Istanbul Avto is a non-profit space founded by art professionals. Its activities include translation and publishing alongside public cultural programming, which centers on the presentation and documentation of research projects and artistic production. Avto differs from other initiatives in its division of labor and a rigorous curatorial process while emphasizing research and dialogue more than the classical exhibition format.

DRAMAQUEER: (2015-   ) Tarlabasi, Istanbul Dramaqueer Art Collective creates a platform to discuss, and work on gender and body politics, amongst other issues. The collective’s queer inclination has a broad perspective and follows the agenda of LGBTI+ rights, but doesn’t deny the mainstream. The collective organizes exhibitions, workshops, performances and film screenings.

HALKA ART PROJECT: (2011-      ) Kadikoy, Istanbul Halka Art Project works in the production, discourse and presentation of contemporary art and culture with a commitment to community, environment and education. Since its initiation, Halka has been nurtured mostly by women and along with modeling a way of  empowerment for women, it showcases established and experienced artists who have navigated the arts scene by preserving an authentic voice.

NOKS: (2017-     ) Kadikoy, Istanbul Noks evolved from a collective named TOZ, which was active from 2015 to 2017.  Noks is an exhibition space, run by artists, which focuses on time-based media, in particular photography and video. It started with the idea of exhibiting work that is hard to be shown elsewhere, be it in a gallery or an institution. It is an experimental space which focuses on solo shows either of young artists or the unseen work of established artists. NOKS also publishes books.

PASAJ: (2010-    ) Karakoy, Istanbul Pasaj was founded by artists and art professionals. The space focuses on socially engaged and participatory art practices by local and international artists with an emphasis on experience. It hosts exhibitions, interventions, workshops, talks, and performances by local and international artists. It sets out to establish an environment where artists may encounter different communities.

POSE: (2018-        ) Kadikoy, Istanbul Pose is an artist-run space conceived with the motive to establish a community. It is an experimental space which focuses on exhibitions, where artists are encouraged to explore new ideas and practices. Pose collaborates with other institutions on organizing public discussions. The founders describe Pose as a space for meeting, thinking, trying, doing, failing, re-thinking, re-trying and re-doing.

TASARIM BAKKALI: (2015-        ) Kadikoy, Istanbul Tasarim Bakkali is an independent organization that evolved around the ideas of collective consciousness, sustainability and self-devotion. Its aim is to give visibility to neighborhood artists as well as young local and international artists. In addition to the solo exhibitions, it has a residency program that seeks to bring together international artists with the local art scene in Istanbul. 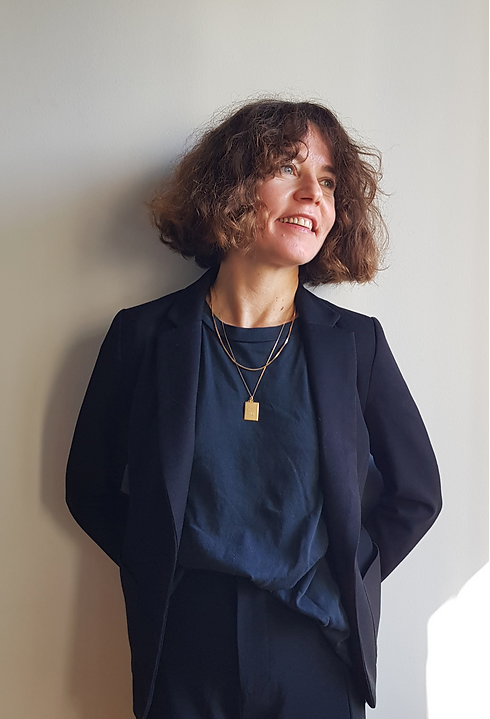