05 Dec Zenato Academy Award to The Others Art Fair

Posted at 10:50h in The Others Journal by @TheOthers

“It was an honor for us being invited to The Others Art Fair last year. The Others was born as the ambitious project of a meeting space that creates new premises for a cultural approach. And we, together with Zenato Academy, want to support young artists and promote a permanent workshop of study and experimentation that can look beyond what we already know and explore what we don’t”. This is how Nadia Zenato – the Venetian entrepreneur of the company bearing the same name – exports the beauty and culture of our country to the world, together with the fine Lugana and Amarone labels, and tells us how the collaboration with The Others was born. It was precisely the Turin fair that provided the opportunity to formalize the dialogue with the public interested in contemporary art through the establishment of the first Zenato Academy Award for Contemporary Photography.

The jury of the Zenato Award, consisting of the art director of The Others Lorenzo Bruni, the art critic Luca Panaro and the entrepreneur Nadia Zenato, assigned the award to the Swiss artist Daniela Droz of  Galleria Daniele Agostini in Lugano.

“Daniela Droz’s work – Nadia Zenato explains – recalls in the composition the research of abstractionism of the years 20s and 30s, using much more ethereal elements and playing with the refractions, transparencies and delicate shadows that these elements produce. Daniela doesn’t care only about the composition, but she also focuses in the details, incorporating an artisan care and attention that we feel very similar to our working style”. Droz’s work has become part of the Zenato Academy Collection.

“We are glad to announce that we will establish the Zenato Academy Award also for the 2020 edition of The Others” – continues Zenato.

The selections of the Award have also led to a collaboration with the Argentinean photographer Jimena Croceri, whose work “My window” has become part of the Zenato Academy collection.

At The Others, Zenato Academy also presented the first “experience” of the four-year project “Oltre” (Beyond): the photographic exhibition with its bilingual catalogue (Biblos editions) Vino. Oltre gli oggetti (Wine. Beyond the objects), realized in collaboration with the Master of Photography of Brera Academy in Milan. Five students of the Academy – Giacomo Alberico, Cecilia Del Gatto, Alessandra Draghi, Cesare Lopopopolo and Anna Vezzosi – under the coordination of the teacher and art critic Luca Panaro, investigated the objects used for the production of wine, reinventing them in a fresh new way that goes beyond their conventional use and in doing so, converting a latent meaning into something alive and present.

“Vino. Oltre il Paesaggio (Wine. Beyond the Landscape) will be the second stage of the Zenato Academy project – says the critic Luca Panaro – which will involve the students of Berlin’s f/16 Schule für Fotografie selected by the teacher Martina della Valle. The theme chosen for this second edition of the project is the landscape as a source of knowledge, a noble and silent witness of the wine production, interpreted in an original way, in the desire to go “beyond” the traditional iconography of the landscape through the imaginative power of photography”.

A preview of the photo exhibition will be presented at the Italian Embassy in Berlin on October 19, 2020 within the European Month of Photography. The complete exhibition will then be held in Verona in April 2021.

Zenato Academy is a project developed by the winery founded by Sergio Zenato in 1960, which was born as a permanent workshop for study and experimentation in the cultural field, and in particular in photography.

Zenato Academy was founded in 2019 with the aim of qualifying the experiences and efforts made in the last ten years in the cultural field. It has become an ideal place where young artists can be supported.

Hence the dialogue with other institutions and institutes dedicated to the culture of the image, collaborations with national and international schools of photography, the creation of exhibitions and publications capable of raising interest and attention to themes and values that animate the world of wine. 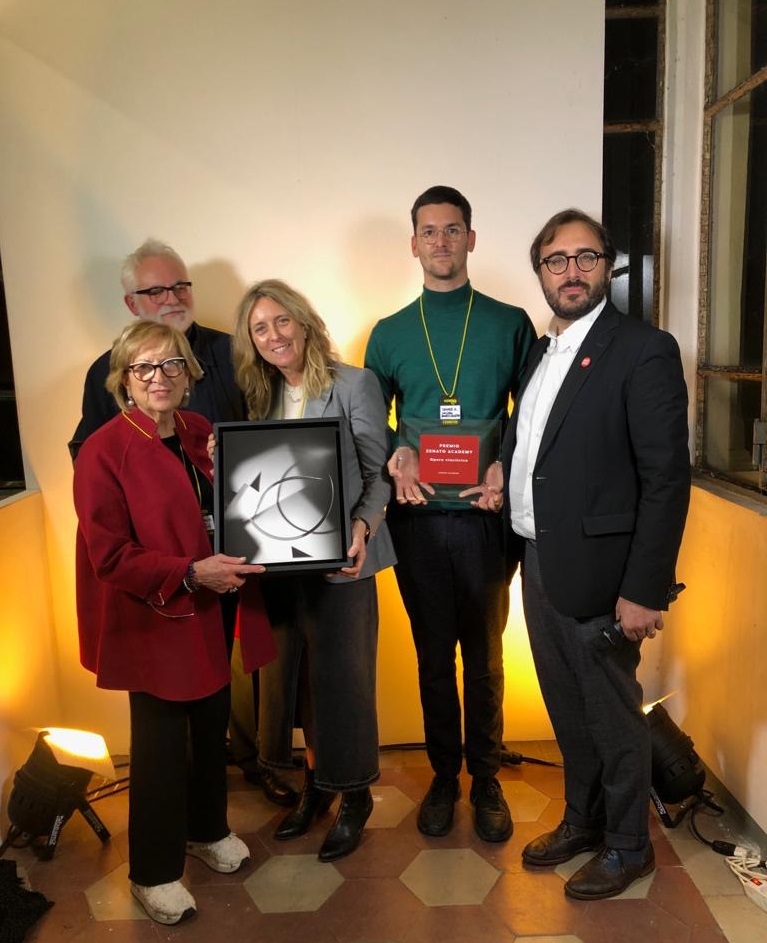