Posted at 10:45h in The Others Journal by @TheOthers

At the 2019 edition of the Venice Biennale the Golden Lion award for best artist went to Arthur Jafa for his film The White Album (2018). A Biennale without non-material arts is non existent. A contemporary Biennale is unthinkable without an inclusion time-based artworks in its program.

In 2019, video art has become an important part of any collecting modern and contemporary art institution. Every respected museum has a department dedicated to programming and promoting the moving image. Tate Modern film’s cinema programme describes its mission as “a stage form unique encounters with artists’ film in all its forms’”. MoMA launched the United States’s first film exhibition program already back in 1939. Today, its collection has grown to over 30,000 works. Inspired by the public sectors, private collectors has been showing a lot of interest in purchasing time-based works. Within Asia, video art has been a key medium in the exhibitions of local art spaces over the course of last decade.

For some collectors, video art has been the medium since a while: German collector Julia Stoschek has been dedicating her acquisitions since early 2000s to moving images, running two exhibition spaces, in Düsseldorf and Berlin. Apparently, Stoschek’ video art collection has over 850 works and continue growing. Another well-known venue in London, Zabludowicz Collections opened in January 2018 “360”, the “UK’s first gallery space dedicated to presenting Virtual Reality works”. Zabludowicz couple is known within the art community for being visionary for promoting contemporary arts.

In 2003 a platform dedicated to the study and promotion of the moving image was founded in Barcelona. Under the name LOOP the platform yearly hosts a fair and a moving image festival. The fair includes a selection of contemporary artists films and videos presented by international galleries in a special venue. The Festival consists of exhibitions, screenings and live performances around the city; and the Studies, a series of talks, workshops centred around video and film.

The dynamics of public sector dedicating their attention and financial resources shows a positive impact on the art market and the way young collectors engage with video art.

It’s true, that collectors have been and remain focused on material art: paintings and sculptures are easier to fit into a living situation in an apartment or office. Video art needs to be projected or even needs a screening room, while its duration may exceed the time of a viewers’ willing to dedicate to the work. Nevertheless, collecting moving-images has become more popular and prestigious

The Others Turin has dedicated one of is’ three sections to the galleries working with moving images. The section Expanded Screen: is “inspired by the idea of expanded cinema, introduced by the American critic and academic Gene Youngblood in 1970”. Expanded Screen is the section dedicated to video installations that use moving images combined with other media. With this initiative The Others Turin is encouraging young artist and exhibition spaces, including non-profits, artist-run-spaces and independent project-spaces to show works by young artists within international context. Whether Video art is the art form of the moment, as a statement on Artsy recently announced, is still questionable.The one thing is for sure, that the global interest is shifting to the mediums of moving-images, VR and AI. The Others Turin is on the same page with the moving-images supporters by offering a platform for young and emerging artists to express themselves. 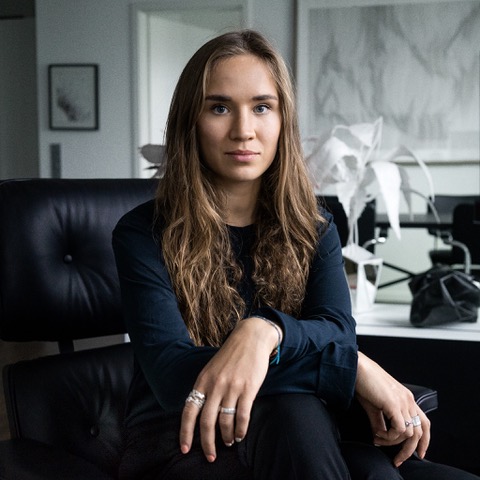