28 Nov Towards a newer white cube: Notes on the art fair paradigm

Posted at 10:48h in The Others Journal by @TheOthers

1. The ideology that lies beneath the space of the fair – at least before the Covid-19 pandemic redesigned the contemporary art system, a change that is still going on today – can be described as the essence of the white cube symbolically described by Brian O’Doherty: a place separated from the outside by a series of devices (such as white walls, wooden or carpet flooring, closed windows, etc.). This characteristic of timelessness is connected – as Thomas McEvilley notes – to the economic dimension of the work of art, as an “assurance of a good investment”. It is therefore understandable that this ideology is replicated and adapted in the definition of the commercial exhibition paradigm par excellence, that of the art fair.

2. This prototype has been established since the origins of the contemporary art fair in the second half of the 1960s. As Christine Mehring explains, the first example in this field was KUNSTMARKT 67 in Cologne; it launched “a model that remains surprisingly close to its current successors, that so often boast about their commercial and aesthetic innovations”. Born in 1967 from the joint efforts of the merchants Rudolf Zwirner and Hein Stünke, the event brings together eighteen German galleries presenting more than two hundred artists in the Gürzenich, the ceremonial hall of the German city. The planimetry that recreates the one of the commercial street (Ladenstrasse) – with the stands separated by temporary walls –, is the key factor of the exhibition logic, deriving from the precedent of the antiques fair. The declaredly commercial nature of the company is resolved in a deliberate abandonment of the aura of the work of art, as Zwirner recognizes, “in order to really sell for a few days… We chose the name KUNSTMARKT very consciously!”; a conception that leads back to the Warholian commercial philosophy of the Factory.

3. Despite the underlying continuity of this archetype, the fair has followed a parallel direction, by abandoning the restrictive dimension of the white cube: a wide range of alternative proposals – from concurrent satellite fairs to the exhibition programs broadcasted in the host city – brought the fair out of the designated places. This option can also be traced back to the founding episode just mentioned. After his application to participate in KUNSTMARKT 67 was rejected, Munich gallery owner Heiner Friedrich rented an exhibition space nearby where he presented a selection of artists from his own pool, convinced that “the constructive solution is a demonstration of non-participation rather than a complaint or lament” (Demonstrative 67 is the title of the initiative). In these cases, the opposition to the “main” fair occurs primarily through the choice of not canonical nor connoted exhibition spaces: often places fell in disuse that bring these events closer to the logic of the exhibition. These possibilities seem to follow that “projective law” of modernism identified by O’Doherty according to which “the context becomes the content”.

4. The art fair paradigm is probably undergoing the biggest turning point in its history due to the recent Covid-19 pandemic. At the moment in which this is written, it is very hard to let go of the constraints of the news to formulate any critical hypothesis, that wants to measure itself against the implications of the health emergency on the art system. The concept of the fair is one of the most affected by this unprecedented conjuncture: the social dynamics of aggregation and global mobility are two of the most recurrent problems in this period. This has led to a systemic rethinking, with a spectrum of solutions ranging from cancellation to complete digital migration (online viewing rooms as an ubiquitous response), alongside the recovery of reduced forms of presence or even hybridization between various modes of fruition.

5. The still predominant emergency logic provides a further opportunity to redefine the paradigm of the fair. The measures adopted so far have deprived the physical contact with the work of art (and its author). From this perspective, the explosion in the use of digital platforms forces a type of fruition addressed to the most dematerialized aspects of the art object, which on the one hand certainly holds a great potential (still to be explored), but on the other it is flattened on a partial dimension, lacking the irreplaceable proximity with the work of art. In this, the emergency has emphasized the tendency – already widely underway – to an increasingly strong technological mediation. In many ways, this could be seen as a more radical form of white cube, in which the process of absolutization of the work is reduced to mere image, accessible only through the mediation of a screen. The “technology of aesthetics”, that O’Doherty discussed in the above mentioned essay, takes on a further meaning here: the idea of a disembodied fruition already produced by the gallery space – which makes the body “superfluous, an intrusion” – is fully realized on the screen, in which “eyes and minds are accepted, while the bodies that occupy space are not “.
At this very moment in time it is difficult to assess which path the fair paradigm will follow after these events. Most likely, the mediated character will remain a crucial point, directing attention to an ever greater integration between different dimensions. 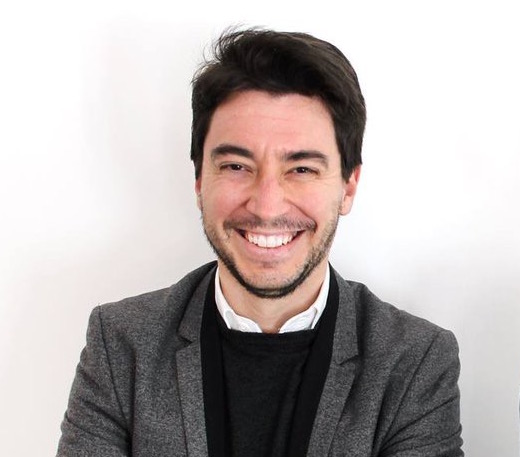